skip to main | skip to sidebar

A couple of months ago I had pulmonary embolisms in both lungs, which almost killed me and which put me in hospital for a week. I was grounded, which meant not only that I couldn't fly my own plane (never, never call it a plane, Bader!) but also that I couldn't fly to Australia a few days later as planned. My trip was postponed by a month, and after that I spent a fantastic month visiting my sister in Melbourne, camel trecking and camping in the Outback and visiting friends in Darwin.

I am on warfarin now and making good progress. I can fly again, but now my aeroplane (it is an aeroplane, Bader!) is out of permit, so what I really must do in the next week or so is get down to the hangar and do some maintenance on her.
Posted by Tinworm at 10:14 No comments:

Read my new blog about learning to fly gyros. 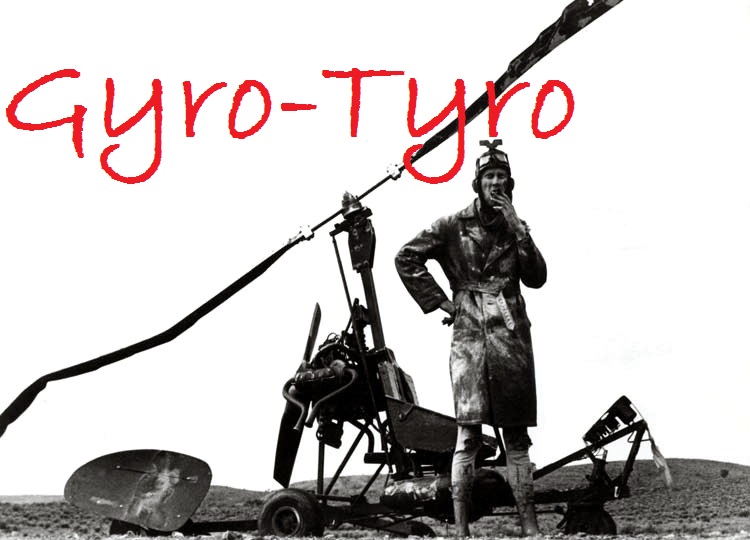 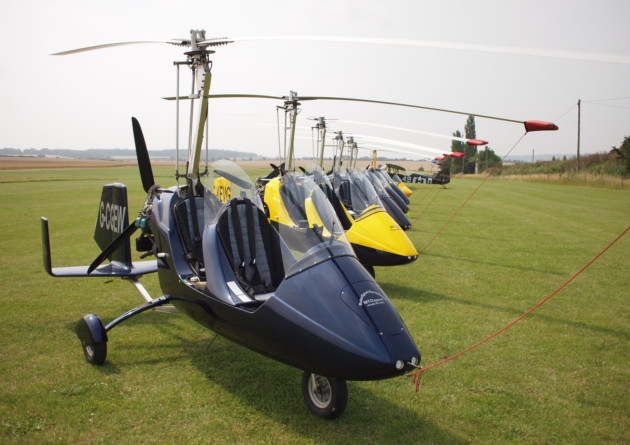 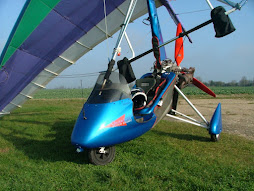 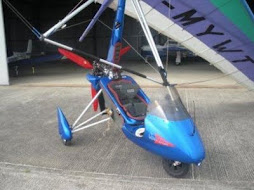 My first plane, a Dragonfly 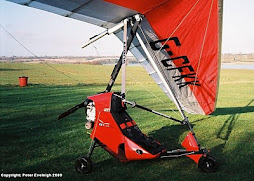 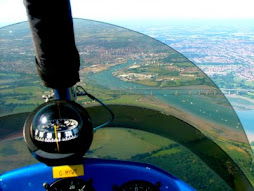 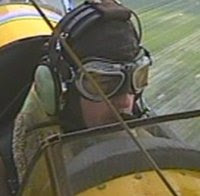 Be a visible readership

They have added stats here and it is amazing to see how many hundreds of people have visited this site. My partner teases me that nobody reads this thing. Please, if you follow this blog, would you click to add yourself as a Follower. It has always been very encouraging to hear from people I meet that they actually already know me from my blog. 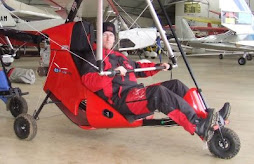 Neill Howarth photos of me in my Dragonfly 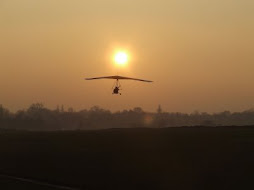 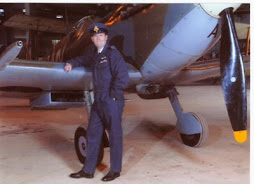 Sadly, this is a complete fantasy. I got the uniform on ebay for a hangar dance at Biggleswade. My girlfriend at the time made a dress from a pattern we found in the States. We had our pictures taken in front of various aircraft, dined with a flight sergeant and his wife (in that uniform, I rather expected him to salute me) and we jived the night away! It really was a "splendid" night.

I flew a Chipmunk

early in my training, standing behind a GT450, which I had just landed at Pitsford 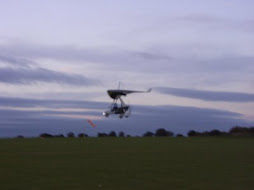 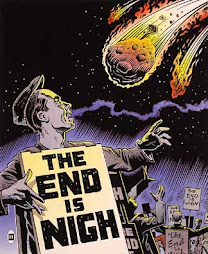 How can a dotty dog, an A-Z and a warning of doom help your navigation?

or you can just read your drift off a ready-reckoner 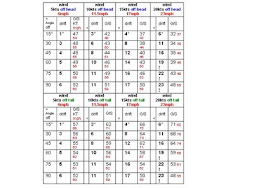 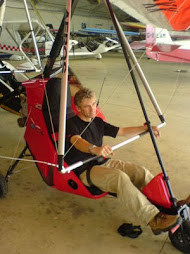 click pic to read my instructor's pearls of wisdom :) 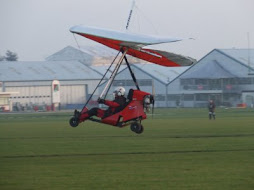 films of the Dragonfly

Before it became the Dragonfly, the people at Flylight played with lots of possible names, including the clever Lightfly. Here is an early concept film showing an unfaired prototype. Great stuff.

Here's a great film about how to assemble the Dragonfly. My actual Dragonfly: G-CFKK is the one shown in the film. Mind you, I keep my trike assembled, with the wing off and stored in a wing bag, which I carry on the roofrack, with the trike in the back of my van (on its narrow gauge undercarriage).

A masterpiece from the prolific editing suite of Ben Ashman is Electric Blue, filmed one frosty day at Pitsford, which was where I did my first solo out-landing - in January 2009. I was the first person in the year to log-in. The film features a clip at the start demonstrating the electric undercarriage retraction. The red Dragonfly is mine. It has manual undercarriage, which deploys and retracts more quickly. 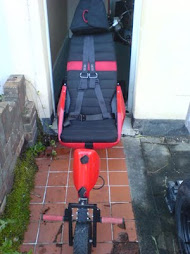 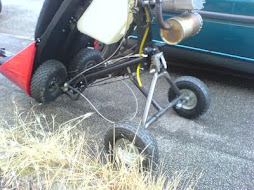 Follow these links to look at my system for manoeuvring my trike through my front door and into a van without taking the panels off and folding it up....and my chock trolley for easy movement in the front room-cum-hangar.

And see the following for methods for loading a wing on to the roof of a van, single handed.

I have started to learn to fly before...TWICE! First time round I had just graduated and got a job at an aerodrome in Cornwall, where I earned flying hours by fuelling microlights, giving hourly weather reports to the Met office etc. The weather was bad, so there was little flying to be had...and in the end I was paid with broken propellers and bits of crashed fuselage to hang on the wall. The boss was a great bloke called Ian Stokes, who had been a leading light in forming the BMAA and had manufactured Thrusters in the early days . In retirement he moved to The Gambia and became a publican and, shockingly, was murdered this year.

ten years on from my first experiences at Moorland Flying School (and now nearly ten years ago) the flying school was under new management and my girlfriend and I booked full courses. We both made good progress initially but never felt we were being moved on and had difficulty pinning the instructor down to signing our logbooks. When another instructor signed himself as P1, we got suspicious, contacted the CAA and were horrified to learn that our instructor did not have a current instructor rating, that we had not been insured and that none of our hours counted towards our licences. We were eventually refunded and the instructors were prosecuted by the CAA.

The very sympathetic CAA investigator spoke to the BMAA on our behalf and my hours have been allowed to count (at the discretion of the school). But in point of fact, I flew way over the minimum number of hours subsequently, so it is really quite academic in the end.

Around 2001 an instructor in Norfolk tried to convince me that if I bought his aeroplane he could teach me at a cut rate, as I'd then be using my own plane. Great idea, I thought, except that it turned out that the aircraft in question had failed a noise test and could not be used from the instructor's field. He later admitted that I would have to learn on his aeroplane at the normal rate. He resisted showing me the paperwork, kept avoiding me and eventually, when it was quite clear I wasn't going to buy without the paperwork, told me to F-off.

So far my experience has been that there are a lot of rogues in flying, which is one reason why I was so very impressed by the professional set-up at Sywell. 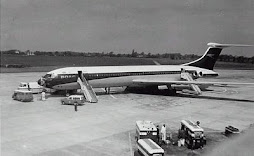 by air to Africa

My sister and I were lucky to fly many thousands of miles in the 1960s and '70s in many aircraft types, including BOAC VC-10s, Boeing 707s and even a Nigerian Airways Dakota, as our dad (and later our mum) had teaching posts in Kenya and Nigeria. Those were still the romantic days of flying, when passengers walked across tarmac and up steps, rather than walking down the tubes that have turned passenger flying into a mundane affair. (Mind you, aren't take-offs still incredibly exciting!?)

Back then air hostesses GAVE children the sorts of nick-nacks that their parents have to pay fortunes for from the airline catalogue these days; things like model aeroplanes, keyrings etc. We were also given sweets to help us cope with depressurisation. (And they were hostesses, so nobody give me a hard time)

Mum says that I cracked my first joke when I was small, on a flight out to Kenya, when I said, "Mummy, shouldn't there be a wing on this side of the plane too". Apparently I got her with that one.

At Kano airport I remember standing behind an engine and thinking how hot it still was....and then being told that the engine was cold. The heat was Kano. I got a headache and took several days to aclimatise.

The airport perri-ways at Kano were littered with aircraft that didn't make it, including a burnt-out Mig 15. The Nigerian Airforce flew them and my dad played squash with one of their pilots, Ben, at the Kano Club. I recall a Mig fly-past on my birthday. Was it arranged with Ben over a beer? Was it a pure coincidence?

At Entebbe airport (Uganda) I remember climbing down the steps on to the runway and being encircled by soldiers with machine guns, who then went through all our belongings and confiscated my cherished Swiss Army penknife, purchased on one of numerous European stop-overs. That was in the twitchy time after the Israeli hijacking ...and mum had to stifle my protests.

Before my first flight to Nairobi, as an infant, I was scared stiff. I didn't understand that I wouldn't have to sit astride the fuselage, as I did on my pedalcar! In a funny way, I not only overcame that fear but have come full circle; microlighting is just like sitting on that pedalcar......open to the elements - real flying! 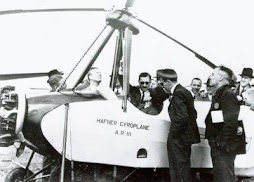 "The elegant solution: the work of Raoul Hafner, pioneer helicopter designer" was the topic of my BA(hons) dissertation. I had met an old lady in a bookshop who saw me showing interest in the aviation section and introduced herself as the widow of Raoul Hafner, who she said had invented the helicopter before the design was ripped off by Igor Sikorski. As it happens, it hadn't been and Hafner himself had never made such a claim, but he did get his first helicopter, the Revoplane 1, airborne in Austria before Sikorski's first helicopter flew. The picture above is not the R1 but an autogyro, the ARIII, which was actually more revolutionary than Cierva's, as it incorporated tie-rods and cyclic and collective pitch control.

Hafner later worked for Bristol Aeroplane company (then based just over the road at Filton, Bristol, where I went to technical college) and designed Britain's first production helicopter, the Sycamore and then the twin rotored Belvedere. I have been a loyal BAC enthusiast ever since. 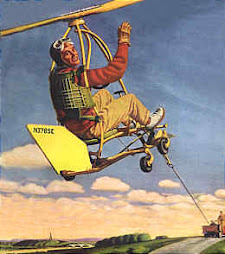 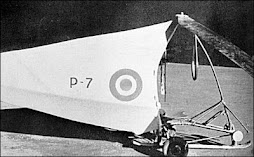 One wartime design of Hafner's, the Rotachute, a means of dropping an infantryman into battle in a gliding autogyro was subsequently developed by Igor Bensen in the USA, one of which was bought by Wing Commander Ken Wallis (lovely bloke I interviewed for the dissertation), who massively developed it into a powered autogyro.. He built 19 of them in various guises, the most famous of which appeared in You Only Live Twice as Little Nellie, WA116. This short promotional film circa 1984 shows an intended production version. 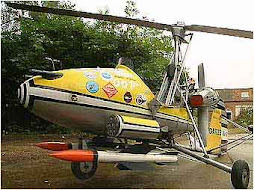 My sister, Beth, is not tubby, as the picture above suggests. She is slim and gorgeous - but here she is dwarfed by the flying kit she borrowed for a joyride in a Tiger Moth in Australia. 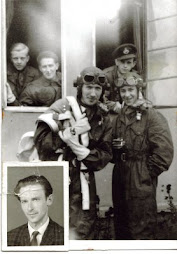 The good looking young man on the right is my Dad in the late '50s, when he was flying Chipmunks with the Bristol University Air Squadron. I wonder what became of the boys looking out of the windows? Inset you can see him in the early 1960s, just before I was conceived in a powercut.

Read about my own Chipmunk flight here

Dad? He went on to become a schoolmaster and took up gliding when he retired. I am very proud of him: In an air investigation report he was commended for his quick thinking as a novice pilot, after he brought a glider down safely when a fault led to the canopy blowing off. 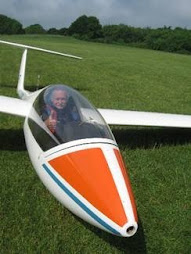 Here is a nice trolley design with full maker's instructions.